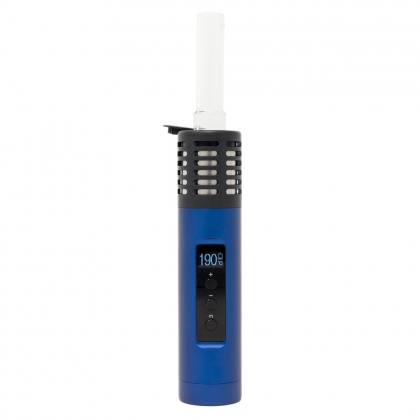 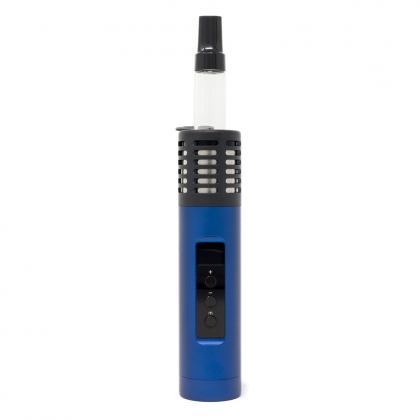 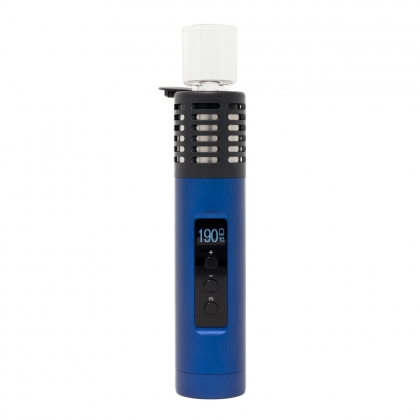 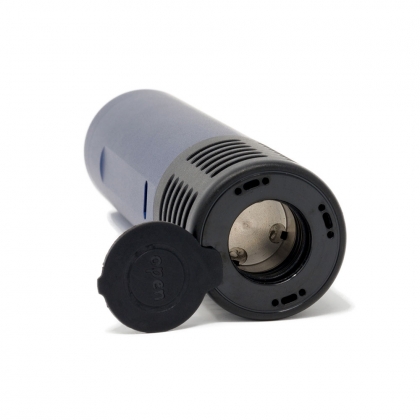 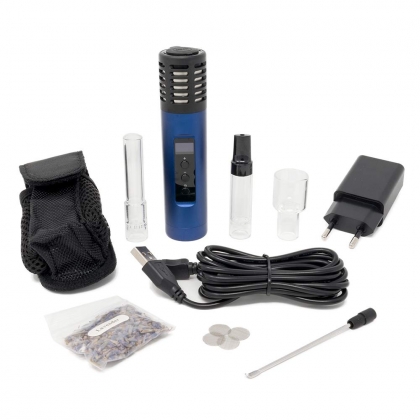 From a design point of view, the Arizer Air 2 (Air II) has not changed much from the Arizer Air ' other than the buttons. But in fact, there are a lot of improvements. It starts from the degree increment function to the built-in USB port and the included steel screen. It also heats up in less than ten seconds.

Arizer is a household name in vaporizers, and it looks like they’ve done it again with the next iteration of the Arizer Air. Fresh off the successful update of the Solo, Arizer has decided to give the smallest device in their lineup a refresher, as well. Arizer packed more power, features, and the same excellent vapor quality into a design loyal to the original. However, the features that the guys in the lab added turned out to be game-changing. The best new feature has to be the fully-customizable temperature control system that ditches the constricting presets of the Arizer Air. But that’s just one of the many significant improvements in the new device.

One of the most complex parts of getting a sequel correct is conserving the original’s best elements. Arizer hit it big with the Arizer Air. That means supplying them with big, flavorful hits in a small and inconspicuous package. It also means fantastic usability. The Arizer Air 2 has the same glass stem system that all Arizer users remember. You can pre-fill these stems and bring them with you and the Air 2. Anytime you need to refill, it’s as easy as replacing the mouthpiece on any comparable vaporizer. These stem heat from the bottom up. Not to mention, they can be used with basically every other Arizer product.

Arizer didn’t just make the same device and put “Arizer Air 2” on the outside. They’ve completely revamped the user experience, starting with adding 50% more power to the Air 2. The new Air uses the same combination of combustion and convection to produce thick vapor clouds with regularity. However, the Air 2 heats up faster than the already quick original. And your sessions should last about 50% longer as well, all on a single 18650 battery. Of course, like the original, the Air 2 uses rechargeable batteries that can be easily removed and replaced. Other than the travel aspect, this has significant advantages. Namely, your device won’t be bricked if your battery ever dies. The power source is typically the first to go over the years, meaning the Arizer Air 2 will have an exceptionally long life span. Arizer has also included fitted stainless steel screens in the package to go along with these new changes.

For all of the great new features, the Arizer Air 2 still supplies the same performance, making the Arizer Air production line a legendary figure in the vaporizer industry. The purity of the vapor in an Arizer Air, whether the original or the Air 2, is beyond reproach. The isolated air path is rock solid, featuring a borosilicate pathway that will never leech harmful chemicals into your vapor. The draw resistance is stellar, and the Air 2 has many improvements that will make it easier to draw your flavorful vapor out of the device. And, thanks to the added power, you can draw as fast as you like without worrying about waiting for the temperature to go back to normal. With the USB charging mechanism that allows you to charge and vape simultaneously, you can be sure this performance is on-demand as long as you have an outlet or power banks!

Perhaps the most noticeable improvement over the original Arizer Air is the full OLED display that is now taking care of the temperature for the Air lineup. There are just three buttons to go along with the screen. You can find the battery life, display brightness, and shutdown timer on this screen. Now that there is an entire display, Arizer has also upgraded the temperature control system to operate with one or 10-degree increments, reaching up to 220°C. It is just a click away to switch from Celsius or Fahrenheit readings. It’s nice to see a smaller device eschew the trend of using smartphone apps to control the temperature to save space. An efficient OLED screen can do all that a user would need to do with a simple, easy-to-use device like this.

Take a walk through the neighborhood and enjoy an in-depth look at the features and build quality of the Arizer Air 2. The Canadian company wants a great review from a man who believes that the Air has “taken it to another level.”

What’s in the Box?

Arizer has already done most of the hard work for this vaporizer. They make great products that everyone can use and enjoy. The Air 2 is a reliable workhorse vaporizer combining stealth and great vapor. There aren’t a lot of bells and whistles to go along with it, and that’s on purpose. The Air 2 could be used by anyone with minimal experience vaporizing. Not only that, they’re likely to get the same quality of vapor that someone with lots of experience would. There’s not much higher praise to come out of a handheld vaporizer: great vapor, easy-to-use, practical construction.