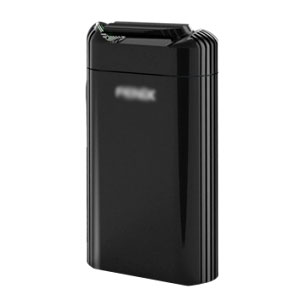 The Fenix Vaporizer is a travel-friendly and easy-to-use pocket vaporizer that features a patented convection/conduction airflow heating technology. This versatile vaping device works well with dried herbs, liquids and concentrates. Its also comes with safety features that protect the vaporizer against overcharging, short circuit, and overheating.

The Fenix Vaporizer has unique but simple features that you will surely enjoy. The vaporizer utilizes four presets temperature engineered to fit all the compatible materials, and it heats up in less than 30 seconds. Moreover, the vaporizer comes with an easy to clean the removable mouthpiece, as a vaporizer that vaporizes concentrates it is a big deal!

Isolated air path
The Fenix Vaporizer features an isolated air path which lets it produce flavorful and clean vapors. It has a removable magnetic mouthpiece cap that closes over its large herb bowl, and it can also vaporize waxes or oils with the provided capsule.

Sleek and elegant design
The Fenix vaporizer measures 11.1 cm x 2.8 cm x 5.8 cm of dimension. It can fit comfortably well in the palm of your hands, your pocket or your bag. It has a large herb compartment right under the removable mouthpiece which holds up to 0.3 grams of dried herbs.

Lithium-Polymer battery
This vaporizer operates on a 2200mAh Li-Polymer battery which charges via micro USB port. It is also designed to shut off automatically after five minutes of inactivity, saving and protects itself from damage.

Watch this video to see how the handheld Fenix Vaporizer operates. With just a few clicks, the vaporizer will produce richly flavored vapors.

The Fenix Vaporizer is an affordable and easy-to-use vaping device for dried herbs, liquids and concentrates. It charges easily with its micro USB port and heats up in less than 30 seconds. Requires low maintenance, the vaporizer fits easily into your pocket and produces the pure vapor while having a battery that lasts. 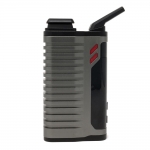 » Check out the newer version «

The new Fenix 2.0 is an excellent convection vaporizer and superior to its predecessor; the Fenix vaporizer in every aspect. Defined by ...